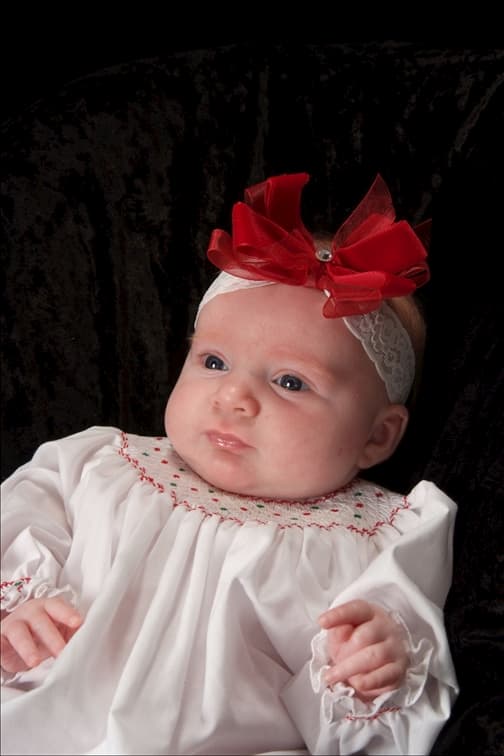 Whenever someone asked me (Michelle) what I wanted to be when I grew up, it was always simply a mom. I loved kids from the very moment I was old enough to begin working in the church nursery and babysitting. I spent some memorable times in Alabama with my cousin helping her with her girls, and I could not wait until the day I would begin my own family. In March 1996, I married the love of my life, Danny, and this is where our story together begins.

We both knew we wanted at least two children since Michelle had grown up an only child and Danny with just one sister. In December 1996, we decided it was time to start our family. Much to our surprise, it worked the first month. On July 29, we became proud parents to our son Tristan Lea. He was the center of our world. Nothing did we enjoy more then being his mom and dad.

When Tristan turned four, we began tossing around the idea of another baby and decided we would stop birth control and just “let nature take its course.” Much to our dismay, month after month of trying brought no success. Months turned into years, so Michelle mentioned to her OB at her yearly checkup that we were trying for another baby. The doctor happily wrote out a prescription for a six-month supply of Clomid and sent Michelle on her way. Another year passed and still no pregnancy. Michelle again shared her concerns with the doctor, who said, “You got pregnant once; it will happen again,” and gave her yet another prescription for six more months of Clomid.

Life got busy. Danny took a new job, which entailed a big move for our family of three. While we never prevented it, trying to conceive was pushed to the back burner. In November 2006, Michelle found a new OB, Dr. Sabrina Collins. She immedialty felt at peace with this physician and began to convey what we had been through as a couple trying to conceive a second child. Dr Collins ordered blood work, and Michelle was diagnosed with polycystic ovarian syndrome (PCOS). Dr. Collins prescribed Metformin and agreed to see us through some monitored Clomid cycles with ultrasounds and blood wook. Our first attempt worked but, sadly, ended in miscarriage just days after we had a positive pregnancy test. During the next nine months, we attempted five more monitored cycles, all with negative results in the end. We were emotionally broken and needed a break.

The desire for another child never went away but rather got stronger. Michelle could not go to baby showers or be around pregnant women. She couldn’t even go by the baby aisles in Wal-Mart without tearing up. After the failed cycles, Dr. Collins recommended that we seek help from the Fertility Center. It took almost another two years for us to come to terms with what we were going to have to do to have a second child. On October 8, 2008, we had our first consultation with Dr. Donesky. The entire staff was warm and welcoming, and for once we had hope. Dr. Donesky explained that Danny was perfectly healthy on his end and confirmed Michelle’s PCOS and anovulation. He shared our options but did not order us to do this or do that. He included us and allowed up to be part of the decision making. Together, we decided Michelle would first undergo an exploratory procedure to evaluate her uterus and see if her fallopian tubes were open. Great relief flooded the room when Dr. Donesky announced that indeed all was clear, and we had the green light to proceed. We opted for an intrauterine insemination cycle with Follistim.

On Danny’s 36th birthday, we began our regiment of nightly injections and the cycle rollercoaster. We live an hour from the Fertility Center, so every other day Michelle made the commute for her blood work and ultrasound. It was a SLOW go and we got very discouraged, but each time Sandy (Dr. D’s medical assistant) would cheer us on and tell us to keep our chins up and keep going. After 15 nights of stimulation, we finally had a mature follicle ready to be triggered for an IUI. For 14 days we waited. Two days before Christmas, we found out our cycle had failed. We were terribly disappointed but decided to persevere and started another cycle immediately.

This cycle was even more emotional then the first. Dr. Donesky’s exact words were “Michelle, you perplex me.” Her hormone levels would go up and then crash down. This went on for more than a week. She was ready to just give up but continued to be cheered on to keep going. The journey was taking an emotional, physical and financial strain on both of us. The every other day trips to the office were grueling. But after 27 nights of shots – YES! you read that correctly as 27 nights – we had several mature follicles and the green light for another IUI. Dr Bird actually performed the procedure, and we were instructed to return for testing.

Seven days after the IUI, Michelle began to spot, and the bleeding got heavier. We both knew this was the end of the road for us, and we began to come to terms with the fact that Tristan would indeed be an only child. Michelle composed an e-mail message to Sandy and told her we would not be coming in for the pregnancy test as there was no need. Sandy was so sympathetic and supportive, encouraging us to come in anyway just to check levels. We had planned to be in Chattanooga on this particular Friday, so we agreed it would not hurt. After Michelle had her blood drawn, she broke down at the checkout desk. Again, the staff rallied to comfort her, even though no words could take away the grief we felt. Michelle told Sandy to just leave her results on voicemail, and we left the office. We decided to do some shopping since there’s no better way to take your mind off things than spending a little money! We were in Best Buy when Michelle’s phone rang. Sandy said she could not leave such good news as a message — Michelle’s test was positive and “Congratulations! You are pregnant!” In shock, Michelle responded in a very loud voice in the middle of the store “I’M PREGNANT?!” Poor Danny was two aisles over and still heard the shout. With much anticipation, we waited until Monday for another beta test, which showed that Michelle’s numbers were indeed doubling properly. Ironically, the bleeding ended over the weekend. At six weeks, our first ultrasound revealed one healthy baby with a heart beating away. Each week we watched her grow before our eyes. It was a bittersweet day after our 12-week ultrasound when we graduated from the Fertility Center to be released back to Dr. Collins.

On September 23, 2009, at 11:43 AM, our lives changed forever. Trinity Danelle Hall entered our lives weighing 7 pounds and 9 ounces and 19 3/4 inches long. She was the perfect miracle we had prayed for with 10 little fingers and 10 little toes and one little perfect button nose as well as red hair like her daddy and long fingers like her mommy. It was a heartwarming moment to see our family gathered around the nursery window peering in at the dream come true that we had prayed for each day for the past eight years. We are living our dream with two healthy kids. Big brother is loving every minute of having a little sister and is very protective over her. None of this would ever have been possible without the Fertility Center and God above.

This is what we clung to each day of our journey: For this child WE have prayed, and the Lord has granted the desires of OUR heart … 1 Samuel 1:27