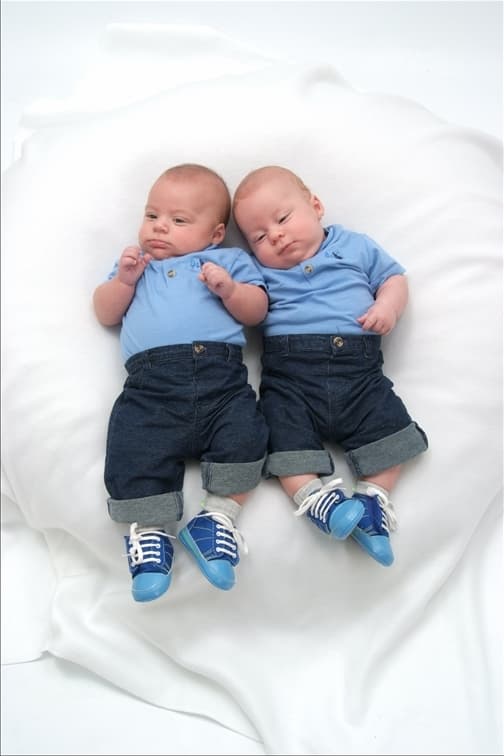 Like most couples, we always knew we wanted children. So when we got pregnant on our honeymoon, we were scared and excited at the same time. Unfortunately, the pregnancy ended after 8 weeks with a miscarriage. We started trying again almost immediately, thinking that it would be easy to conceive again. That was not the case.

After almost a year and a half of trying, we had our first consult at the Fertility Center with Dr. Donesky. He was very kind and informative and answered all of our questions. We knew that we had come to the right place for help. We started out doing IUIs, but after four of them with no luck we decided it was time to move on to IVF. That was very scary for us, and we were both a little sad that we had gotten to that point. But the entire staff was so helpful and calm, that we quickly got excited about our chances. We had our retrieval in September of 2007 and had a great response – maybe a little bit too great since we had to hold off on our transfer because of the high number of eggs retrieved. We were upset about the delay, but after Dr. Donesky and the staff explained the reasoning, we understood why waiting was important. Finally, two embryos were transferred. We felt so nervous throughout the nine days until the pregnancy test, thinking the procedure had not worked. But on October 19th, almost a year to the day after our first appointment, Sam called us back to the lab and told us the wonderful news that we were pregnant! We could not have been happier – that is until we found out a couple of weeks later that we were having twins! We welcomed our beautiful boys into the world on May 15. David Grayson and Dallas Cade are the lights of our lives, and we could not imagine the world without them. If not for everyone at the Fertility Center, we more than likely would never have had them. We will never be able to thank Dr. Doneksy and the entire staff enough! We will be forever grateful and would not hesitate to recommend the Fertility Center to anyone who is having problems conceiving.