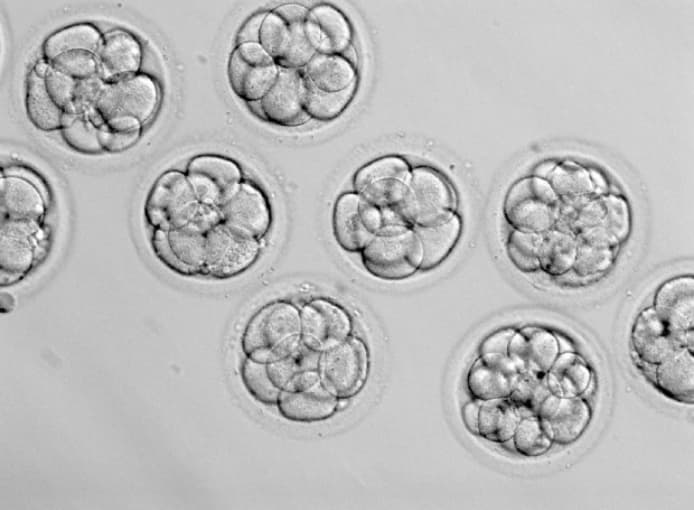 For many years, there was very little information available to accurately understand the process an egg and sperm go through as they develop into an embryo. During that time, processes like embryo grading were not even on the radar yet. Thanks to advances within the scientific community, we are now able to understand and track the health and quality of embryonic development more than ever before. Embryo grading is a process that analyzes the quality of post-fertilization oocytes as they develop into embryos.

However, even with the technology at our disposal, embryo grading is a subjective science and is not 100% guaranteed to result in a successful pregnancy. In addition, although a universal system has been created, many doctors and specialists do not adhere to the same grading scale. In the following section, we will walk you through the process of grading from fertilization to transfer and explain the criteria with which each embryo is assessed!

The Basics of Embryo Grading

On the day of the egg retrieval, the eggs will be extracted from the mother and the mature eggs will be inseminated via the process of Intracytoplasmic Sperm Injection (ICSI). What this means is that the sperm cell is injected directly into the egg. From there, the egg will be placed into the incubator where it will begin to develop. The prime time for analysis and grading of the embryo takes place between days three and five.

To begin, we will discuss some of the criteria that embryos are graded on.

Embryo Grading at Each Stage

As mentioned above, on the first day the eggs are extracted from the mother and placed in incubation. After a few hours, the eggs are taken out and examined. Eggs that are determined to be mature and eligible for ICSI.

After the eggs have had the cumulus cells removed and been fertilized, they will be placed back in incubation where they will remain for most of the first five days.

About 16-18 hours after the eggs are exposed to sperm, the embryologist will remove the eggs from incubation to examine the fertilization progress.

The embryos remain undisturbed in the incubator and should start the cleavage process. The embryo continues to split into Blastomeres, which are the cells created by the cleavage of a fertilized ovum, or zygote. It is important to note that as the cell divides and the genetic material is duplicated, the embryo does increase in size or volume.

The image below depicts the scale with which the embryo is graded. Grading is based on all three of the criteria mentioned in the previous section: quantity of cells, symmetry, and fragmentation.

The ideal day 3 embryo should have at least 6-8 cells.

After the blastocyst hatches, the trophectoderm can now implant directly in the uterine lining to prepare for continued development into a fully-formed fetus!

As you can see in the chart below, blastocysts develop in four phases and are graded on a scale of A-C based on the number of cells, distribution of cells, and the size of the embryo.

After the fifth full day of development, the embryologist will remove the blastocytes from incubation for the final time and determine which embryos are eligible for transfer and implantation into the uterus!

It is important to remember that embryo grading is a tool used by embryologists to determine the best candidates for use in IVF, but it is not an exact science. Embryos with 8 symmetrical cells that develop into well-formed blastocytes are not guaranteed to result in a successful pregnancy; however, they do have a higher probability than embryos with fewer cells or more fragmentation.

While embryo grading is helpful in predicting which embryos are more likely to produce a pregnancy, advances in our ability to sample embryos and determine that the correct amount of genetic material is present and organized in the correct chromosomal arrangement are more predictive of pregnancy than embryo grading. The ideal embryo for the transfer is an embryo the best grade from those embryos containing the correct number of chromosomes.

The teams at Fertility Center of Knoxville and Chattanooga are here to answer any questions that you may have on embryo grading, IVF, or fertility. Contact us or check out our blog for more helpful information!