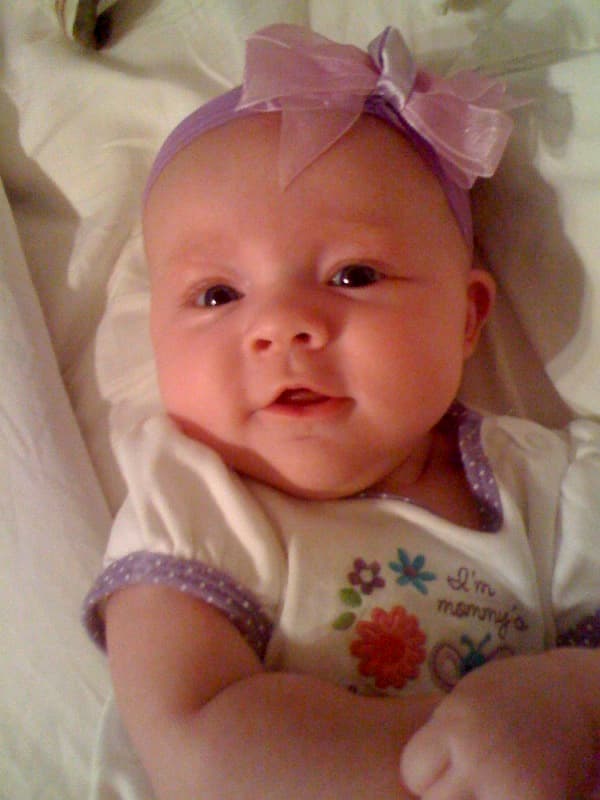 I’ve known since I was a little girl that all I ever wanted to be was a wife and mom. So much so that in an interview for a retail sales job at the age of 17, the manager asked me where I saw myself in 10 years and my response was simply that I wanted to get married and and be a mother. (And they actually hired me!) I was already dating my husband, Tyler, at the time, and we both wanted a family. The first part of my dream became reality when we tied the knot. Two years later, we were ready to try for that second part of the dream. After about a year of trying on our own with my irregular cycles and no luck whatsoever, I saw my OB-Gyn for help. I was on fertility drugs for three months with no response, underwent exploratory surgery, and then took fertility drugs for three more months. Still no pregnancy. My doctor told me that she had no idea why I was not getting pregnant and referred me to Dr. Bird at The Fertility Center, and I am so grateful that she did. As one might imagine, we were very discouraged and fearful that parenthood was never going to happen for us. We got all the lines, such as, “You’re thinking about it too much” and “Stop trying and it will happen” from well meaning friends, but this typically only made me feel as though it was my fault or under my control that I was not getting pregnant. My advice to other infertile women is to try to ignore these comments. People want to help, but they usually cannot understand your situation or how impossible it can seem to “not think about it.”

I made an appointment for Tyler and me to have a consultation with Dr. Bird, and we both felt so encouraged after speaking with him.  We began to have hope again that we may have the family we had always wanted. We decided to go through in vitro fertilization and had a positive pregnancy test the first time but lost the baby at about 7 weeks. This was so heartbreaking after all we had been through, even though we knew miscarriage was common for many people, no matter how they conceived. We began to get that feeling again like it was not going to happen for us. The wonderful people at The Fertility Center were all so kind and compassionate through the whole process. These people scream and jump with you when your pregnancy test is positive, and they comfort and hug you when you have a miscarriage or some other setback. They make you feel completely comfortable in situations that are foreign and potentially scary to you.

I am so happy to tell you that we went through IVF a second time, and we now have a beautiful and healthy baby girl, Hayden Ellison. She has been such a joy, and I cannot imagine life if I had not made that call to The Fertility Center. Every single person we have encountered at The Fertility Center has been so wonderful to us. We felt like we really got to know them and they, us. They gladly answered every little paranoid question I had, and both Dr. Bird and Dr. Donesky were very kind every time I called the emergency line thinking something was wrong or asking if something was normal, which it usually was. If not, they would make an appointment to see me, even on the weekends. Jan also answered endless questions with infinite patience. I cannot say enough about what a blessing these people are and how good they were to us. I thank the Lord for my daughter and for the people He used to make my dreams come true!