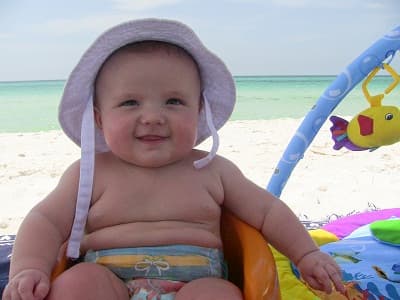 We were married in October of 2004 and decided to wait about two years before starting a family. The one thing Josh wanted more than anything else was to be a father. Shanna, however, did not have the same strong feelings at first but rather felt nervous at the thought of becoming a parent and was convinced it would happen instantly. After going through months of not becoming pregnant, Shanna realized that she truly did want to be a mom. It was so hard to see others being blessed with children and us wanting and hoping for one so badly. Shanna’s cousin was in the same situation and turned to the Fertility Center to make her dream come true. Since she had such a wonderful experience with the doctors and staff , we decided to give the clinic a try.

Our first attempt resulted in a positive pregnancy test; however, a couple of weeks later we learned that it was an ectopic pregnancy. That was devastating because once again we thought success would happen on the first try. We were fortunate to still have some embryos frozen and were told we could try again in a few months. Shanna remembers Dr. Donesky saying he was confident that we would have a baby. We found encouragement in those words, and he was so right.

The next time around, we were excited to again have positive results but remained cautious emotionally because of everything we had gone through. On March 16, 2009, our son William Maeson was born a month early at 7 lbs 13 oz and 19 inches long. He is the most precious little boy and more than we could have ever imagined or hoped and prayed for. Thank you to ALL the people at the Fertility Center. Without each and every one of you, our dream would not have come true!