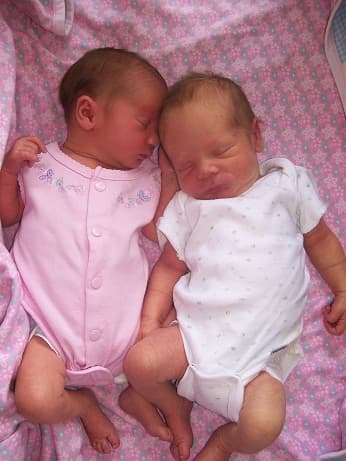 In 2002, there was a longing in our hearts for another child. Already being blessed with three children, we could not understand why we’d want to start over in our 40s. It just did not make sense.

For months, we tried to talk ourselves out of this foolish idea but then realized that God was tapping us on the shoulders, trying to get our attention. After a year of trying to conceive, we were even more confused and frustrated. There was something wrong. We never had problems conceiving our other children. This was when we made an appointment with Dr. Donesky at the Fertility Center. Having a strong desire for a child and not being able to fulfill that desire is painful. Only those who have been there can know how much it hurts and how disappointment turns to hopelessness as each month passes without a positive pregnancy test.

We found hope at the Fertility Center, and how awesome it was to be told that there was a way for us to have another baby. To believe in your heart that someone is missing from your family and not know how to find him or her is devastating. We were so grateful to have a place where there were people who cared and who could give us hope. Dr. Donesky gave us the most probable reasons why we were not conceiving and explained the options that were most likely to be successful for us. Because of Kelly’s age, we were unable to use her eggs for IVF. We could use donor eggs or proceed with traditional adoption.

We were not sure donor eggs were the right choice for us, so we began working with an adoption agency to complete a home study so we would be eligible to adopt a child. Another year passed. One adoption agency told us that birth mothers were not likely to choose us because we already had children. During this time, a friend mentioned the Snowflakes embryo adoption program, which matches infertile couples with families who have remaining embryos from IVF but don’t want to use or destroy them. Although we’d tried to be excited about traditional adoption, Kelly’s heart longed to carry another baby. At the same time, she did not know if her heart was big enough or if she could swallow enough pride to use someone else’s embryos. Eventually giving our will over to what God had planned for us, we were matched with a family through Nightlight Christian Adoptions.

During the process of adopting embryos, we sometimes wondered what would happen and if maybe this whole thing was about something other than our desire for another baby. What if the embryos didn’t survive the thawing process? What if it didn’t work? But the persistent belief that someone was missing from our lives stayed strong in our minds and hearts. Trust in the Lord with all your heart and lean not on your own understanding. In all your ways acknowledge Him and He will direct your path. Proverbs 3:5-6. So how does this story end? In October 2007, after one previously cancelled cycle, our hopes for a baby became a reality. Two weeks after our frozen embryo transfer, we found out that we were going to be parents again! And at our first ultrasound, there were two little beating hearts instead of one. The five years of waiting and wondering was over. Looking back, we can see God’s guiding hand over the entire process. Our beautiful twins were born May 12, 2008. We are so grateful to everyone at the Fertility Center. Thank you for all that you did to bring these babies into the world and into our lives.